In the Shadows of the Pyramids

This is a review of the Escape Room “In the Shadows of the Pyramids” offered by Wyjście Awaryjne in Bydgoszcz, Poland. 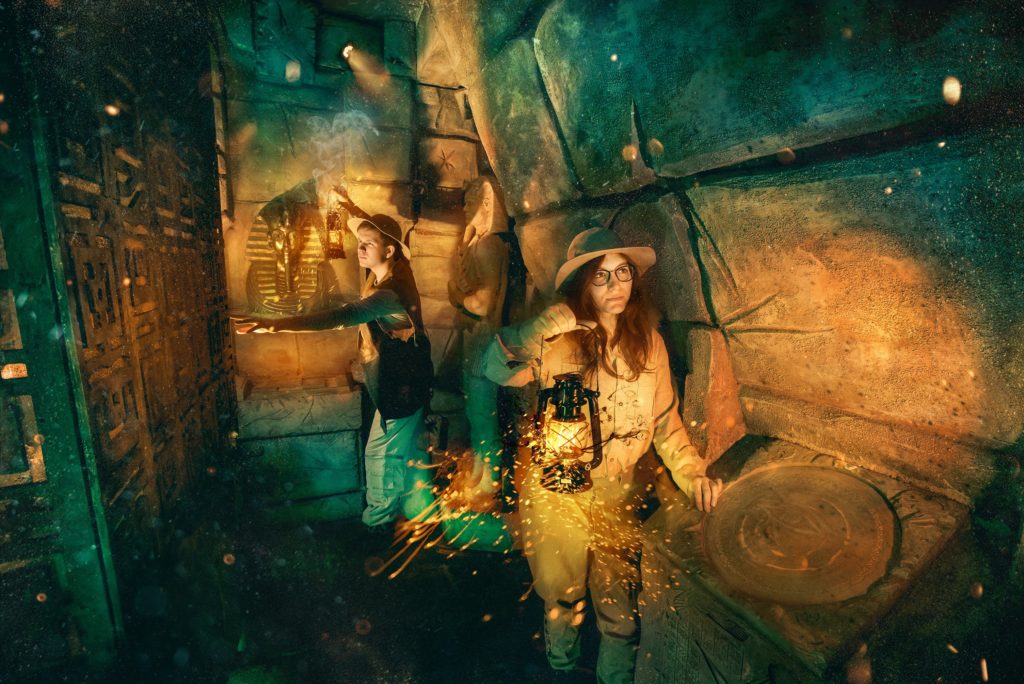 As a group of local archaeologists and scientists, we have been hired by the British government to find out the intentions of the Nazi soldiers who have started intensive archaeological research around the Egyptian city of Tanis. It is believed that they came across something very precious. Our job now is to infiltrate the Germans’ camp and uncover the secret in the shadow of the pyramids.

I’ve played quite a few temple and pyramid escape games, and I have to admit it’s not one of my favourite themes, but I really enjoyed In the Shadow of the Pyramids. I was quite impressed by the detailed, high quality setting, already outside the pyramid. In addition, it’s a clever plot with suspense and a decision that can affect the end of the game, there are cool transitions and mechanisms, some great effects, and varied, thematic puzzles that fit perfectly into the overall picture.

Even though a nice feature of this adventure was unfortunately out of order – nothing essential, I just would have liked to see it – nevertheless, In the Shadows Of the Pyramids was my personal favorite in Bydgoszcz.

We played as a foursome. I think the experience is even better in twos or threes, because it’s a bit tighter in some parts of the game.

It’s 1936. Egyptian city of Tanis, Nazi soldiers spotted around the ancient ruins destroyed by the merciless time and nature, were begining to run archeological research. Concerned British government came to a conclusion that the Nazis must have found something very precious, due to their bold entry into foreign country with that many forces. What may be hidden in such a deserted place in the middle of nowhere? Brits made contact with you, a group of local scientists and archeologists to infiltrate their camp and find out what are their intentions. German soldiers can’t know about your presence, so remember: Your mission is just obtaining informations and immediate transferring them to the leader. According to the plan you were supposed to meet with the British agents, who were transported from Kair, and start the action along with them. Unfortunately, a terrible sandstrom destroyed that plan. Danger level of the mission increased, but you decided to start on your own, counting that in the meantime agents will join you.
Will you discover the secret kept in the shadow of pyramids?