Safe: The Secret of Jack Daniel

This is a review of the Escape Room “Safe: The Secret of Jack Daniel” offered by The Padlock in Prague, Czech Republic. 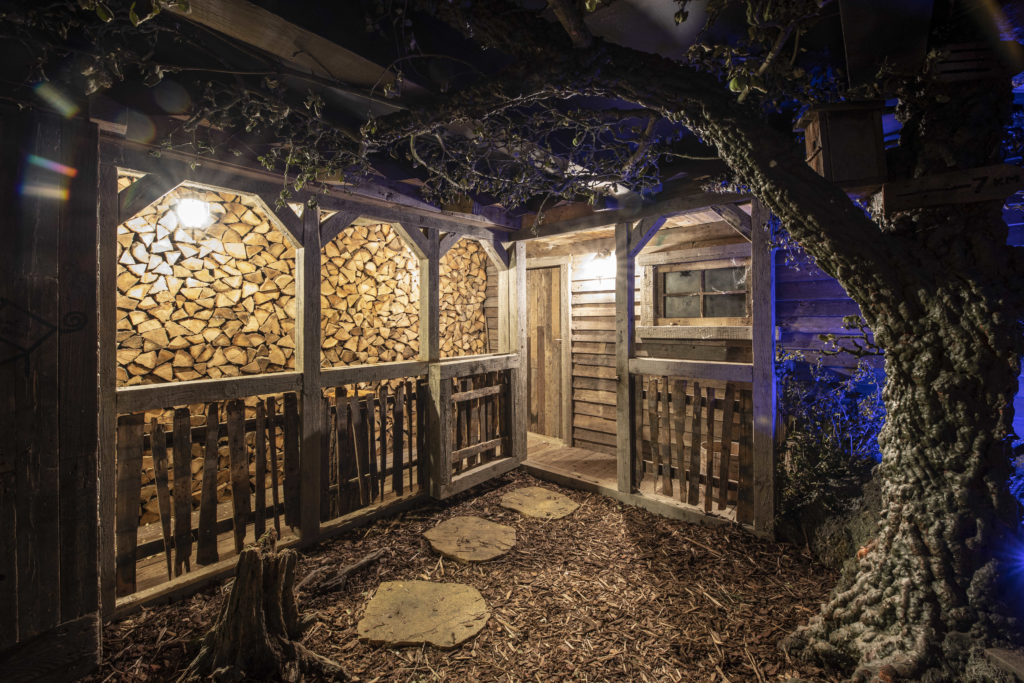 The Padlock is one of the most popular providers in Prague. “Safe” occupies the top position on our current Ranked Playlist Prague and the first two creations, “The Cemetery” and “Mission #53” have also placed among the top 10 Escape Games.

“Safe: The Secret of Jack Daniel” was created in cooperation with the famous whiskey distillery from Tennessee. With a production of 90 million liters per year, Jack Daniel’s is the best-selling American whiskey brand in the world and the second best-selling whiskey from all countries after Johnnie Walker.

So you can imagine that the recipe for the liquid gold is a well-kept secret.

Jack Daniel died in 1911, and shortly after his death, his safe disappeared. When a videotape falls into our hands, filmed in 1990, in which an old man talks about his lifelong search for the safe, the clues lead us to an abandoned cabin in the Czech mountains. This is where our adventure begins.

When designing the outdoor area in front of the hut, a lot of emphasis was placed on original materials. It smells like a forest. Even the sounds (running water, etc.) give us the feeling of being in nature. The wood supply is filled up to under the canopy. Nevertheless, this place gives the impression that not a soul has been here for a very long time. The windows are covered with cobwebs.

The time limit to solve the mystery of Jack Daniel is a comfortable 77 minutes. We did it (with a hint) in 60 minutes, but still, it’s certainly not an easy room. The adventure contains some innovative ideas (including things I hadn’t seen before) and creative, thematic puzzles and tasks of varying difficulty, which are fun.

A pleasant surprise awaits the players as the crowning conclusion of the adventure.

For me, “Safe” is the strongest room of the Padlock and a clear game recommendation. Two to three explorers are an ideal team size to go in search of the missing safe.

Thanks to Alex for this wonderful experience, which was a worthy end to a long Escape day with 9 rooms.

I’ve spent my whole life looking for a lost safe. A safe which once belonged to Jack Daniel. To a successful entrepreneur, a lover of women and a respected gentleman. Who would expect that looking for an ordinary safe can be for somebody that important? But what if it hides the real secrets? What if it is really crucial for us to look inside again? What if it hides something that needs to be dusted off again and shown to the world?

Shortly after my studies I set out on a journey for the first time and I haven’t ended my wandering yet. I crossed the length and breadth of two continents, I used to sleep both in luxury hotels and in huts on the edge of the forest. During that time I met a lot of people and I listened to an inexhaustible amount of stories, truths, and lies. Hardly anybody would say, that a thing you use every day for your work might become for you fatal. But what if the same thing disappears afterwards without a trace? Maybe it will veil that thing with a vague secret, maybe it will give a rise to new stories. For me and many others the search has become an obsession. I still don’t know whether behind its disappearance is a mistress or a relative. I still have no idea whether the safe hides something more than just money. But what I do know is that it was the reason Jack Daniel died for and that it’s necessary to find it before it falls to wrong hands.