This is a review of the Escape Room “The (Diavik) Mine” offered by Unreal / now Mina Madrid in Madrid, Spain. 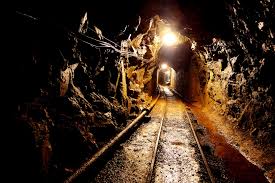 When we played this game in January it was still called Diavik’s mine and was operating under the name of the company that developed this game (Unreal). Nowadays they are a separate company and they also renamed the game to Quintana´s mine (La mina de Quintana).

Most of the European escape addicts have played or at least heard from “La Mina”, that was originally opened in Barcelona. The success of this game led to it opening also in Northern Spain (La Mina Irun) and Madrid. While as far as I know the first one is a twin of the game in Barcelona, the one in Madrid was considerably changed, according to different sources 60-70% should be different.

This review is not easy to make, because I had played “La Mina” in Barcelona before and while I remember the sensations I had while I played that game, which is named along many European top games, this time it was different as I knew in advance what to expect from the game, so obviously it is not the same magic. But that does not mean, that it is not the same quality, on the contrary La mina in Madrid is a game as good as the one in Barcelona, and vivid discussions happen in Spanish groups debating, which version is the best (probably for most of the people, the first version they played ?).

While the game is great and I can recommend it to any one visiting Madrid, I have to say that my impression was not that the game was so dramatically changed as advertised. Maybe objectively it is, it is difficult to say, but the fact that a certain percentage of the games or ideas is indeed repeated does not contribute to enjoying the game, as you should. For one person in our group, it was the first La mina, so I can imagine his impression must have been even more remarkable than ours. If you have a really good memory or you visited La mina in Barcelona recently, I would advise against playing it again in Madrid, but on the other hand I am sure you will be curious about the differences, as I was, and would like to experience it yourself. If you have not played La mina in either of its locations, and you happen to be in Madrid, make sure to do so, as it is one of the best options there.

La mina is a very large game, but the amount of games is limited, I played the one in Barcelona with 5 people and I had the impression, we would have done equally good with 4 and we were done in an hour (instead of 90 minutes). In Madrid we played more comfortably with three.

Concerning the game, I could easily refer to the many reviews that have been written about the original one in Barcelona. The decoration is fantastic and reassembles a real mine and the games are really well-connected to the topic and provide for a nice variety, maybe a little more on the do side, than on the thinking side, but hey you are in a mine, what do you expect? Glück auf! (traditional German miner’s greeting). 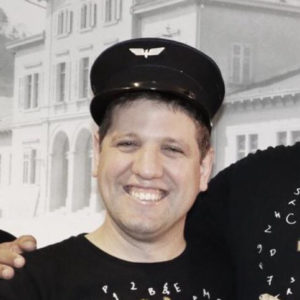 Access in Madrid to Mina de Quintana. This is an underground mine built during the Civil War. It was built to communicate different emblematic buildings of the city and as a possible evacuation route in case of disaster.
With the end of the war it was decided to seal and has remained so since then … Until now.